Glomeruli are neuropil-rich regions of the main or accessory olfactory bulbs (AOB), where the axons of olfactory or vomeronasal neurons and dendrites of mitral/tufted cells form synaptic connections. Being able to quantify differences in glomeruli features, such as number, size, or immunoreactivity for specific markers, is an important to validate the role of specific genes in controlling neuronal connectivity and circuit formation in either control or mutant animals. Since the manual recognition and quantification of glomeruli on digital images is a time-consuming task, we developed a program written in Python to identify glomeruli in digital images and quantify their properties, such as size, number, and pixel intensity.

The program imports PNG, TIFF and most of lossless image formats and scans whole channels to find glomeruli and analyze their desired properties. Below is one of the program output compare to manual selection by a human

The white borders indicate the found glomeruli by the program

The white borders indicate the found glomeruli by a human try
The program’s source code is available to all and is free; a graphical interface (below) is designed via LabVIEW programing language and is accessible in the Github projct page as well. 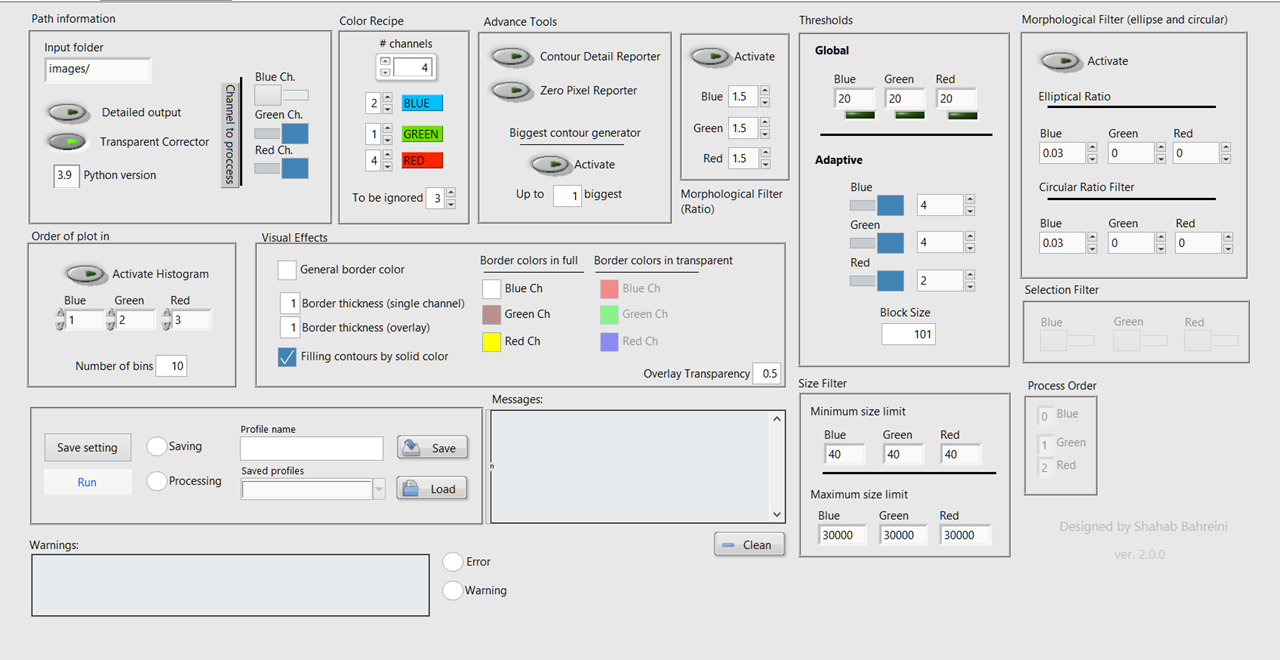 Program graphical interface (GUI) is writting by LabVIEW programing to interact with python script and analyze images
Quantitative comparison of manual vs. the program’s output demonstrates the ability to distinguish a control from a mutant via by comparing their AOB’s glomeruli size and numbers. 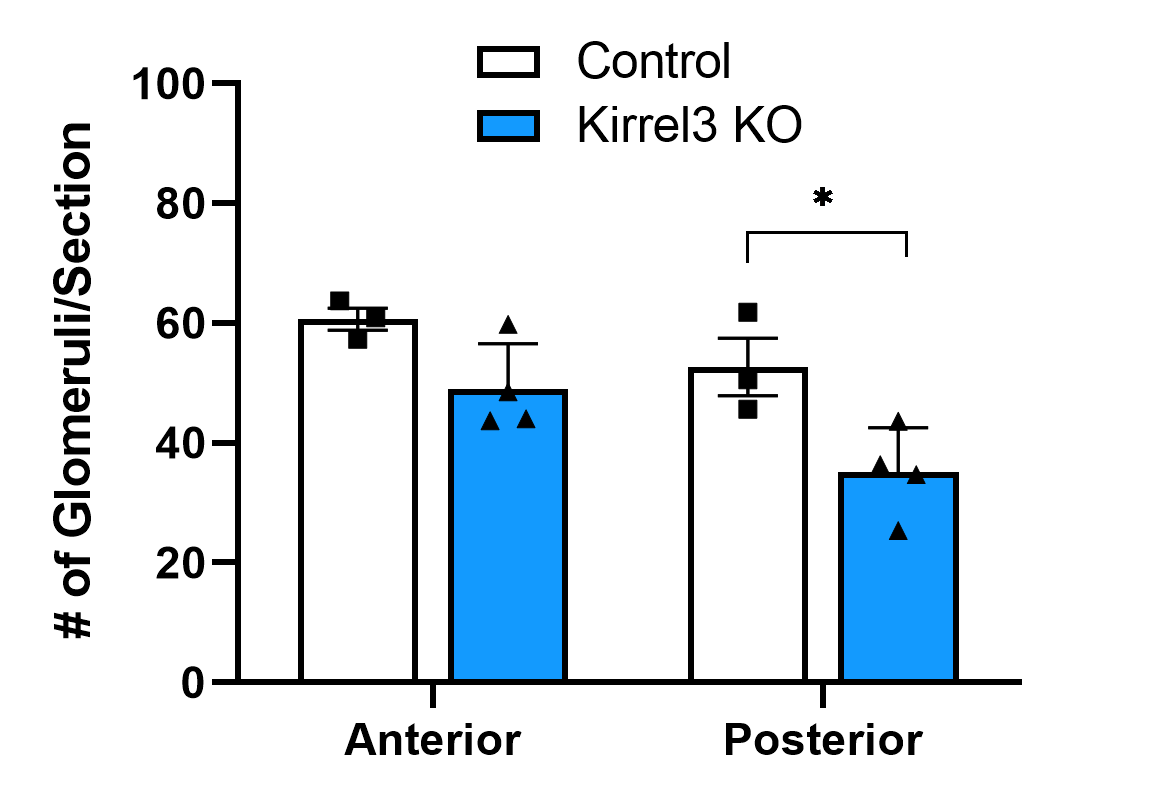 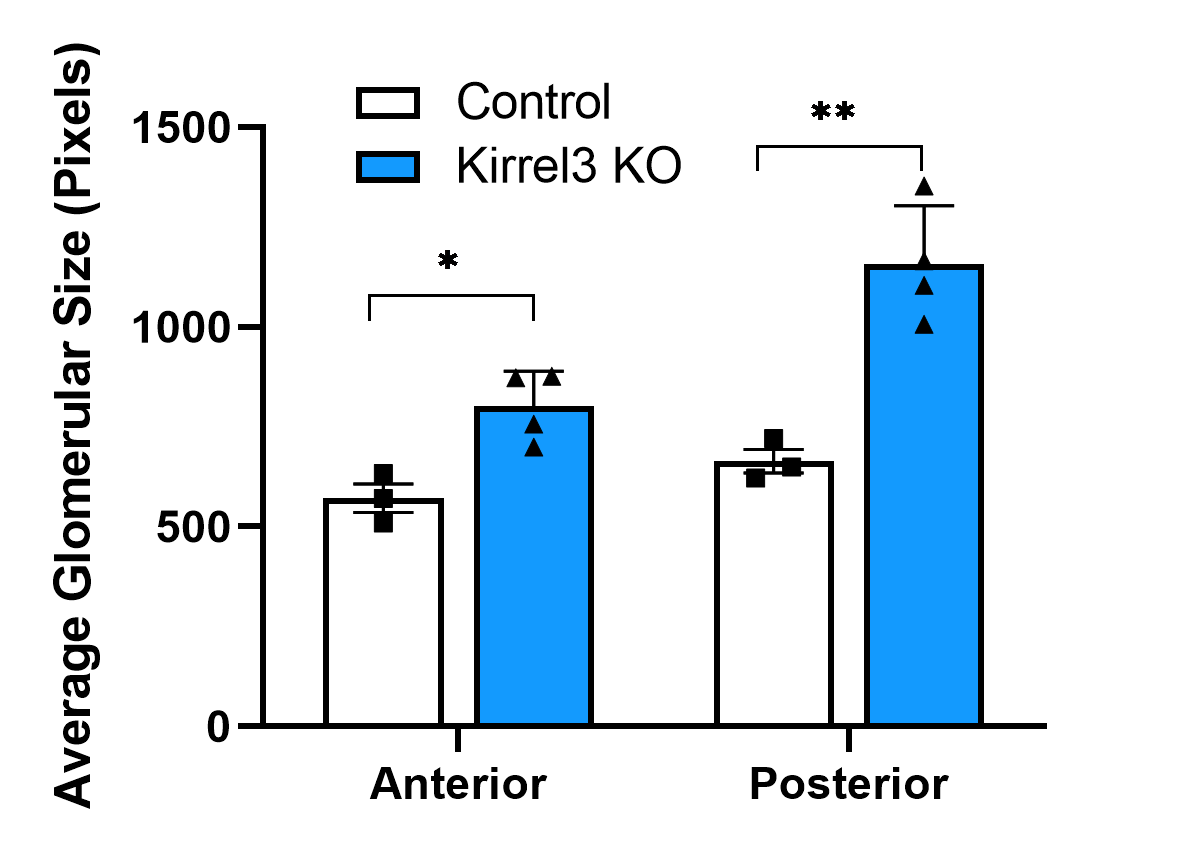 The program result reveals a significant differences between the size of glomeruli per section between the mutant and control in posterior and anterior as well
Validation of our program indicates that our script is a fast and suitable tool for high throughput quantification of glomerular features of mouse lines with different genetic makeup.